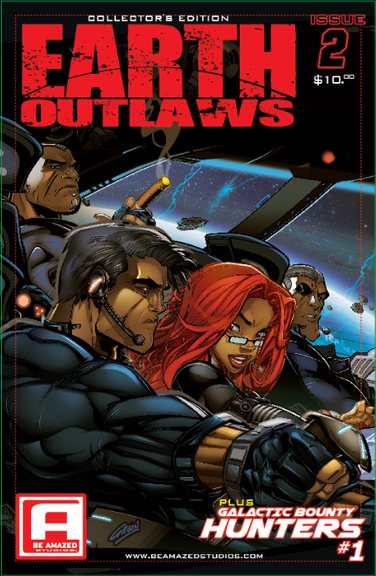 Art and Color by
Paul Green

Follow the Earth Outlaws as they undertake a quest to find Quaid's lost brother - a mission that make them targets for galactic bounty hunters, space pirates and alien cyborgs, and eventually fugitives from Earth!

During a space expedition, a massive meteor impacts a Space Shuttle sending it and it's crew into deep space. With no signal and lost communication, NASA believed the astronauts were lost forever. They declared the mission a tragic failure and announced the names of those on board. One of those astronauts was Dane Quaid's brother, Daniel. Quaid refused to accept this. So he asked NASA to coordinate a search and rescue team to find his brother and the rest of the crew.They declined. Desperate to find his brother Quaid enlisted the help from his father James Quaid, retired space marine; his girlfriend, Casey Hathaway, technologist and long time friend, Bill Richards, weapon specialist. Together they hijacked one of NASA's most advanced space shuttles.

Dane Quaid and his team have broken into a highly secure NASA installation, fought past armed guards and gotten aboard the most sophisticated space shuttle ever built – the OTTO-12. Now they just need to figure out how to fly it. And with Stan Dixon, head of NASA mission operations on their trail, they need to do it fast. With the Earth Outlaws and Dixon both on the hunt for answers, a single line a corrupted code could be the key to it all. And that code brings Dixon straight to billionaire tech magnate Peter Callum. 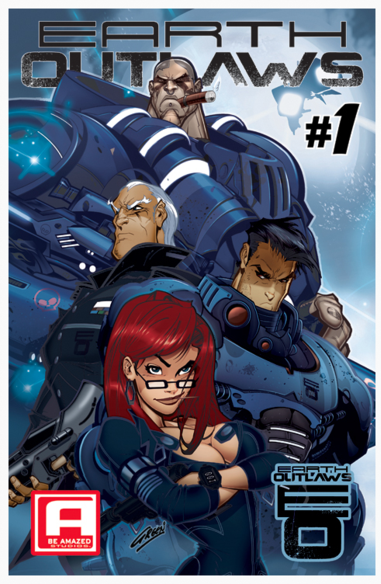 Art and Color by
Paul Green