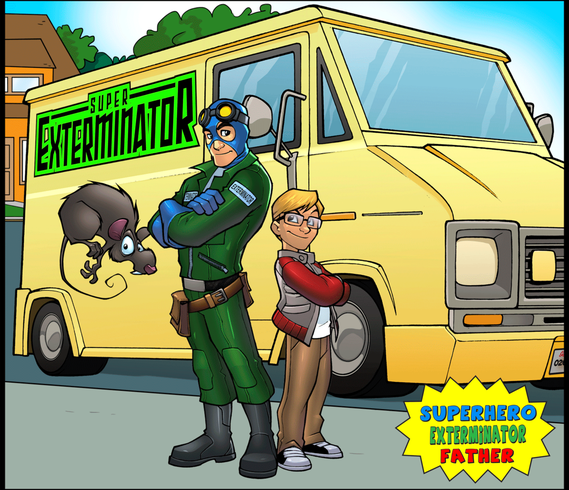 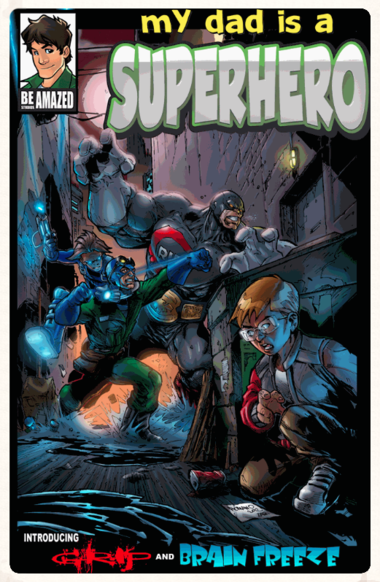 ​Self - proclaimed Exterminator Extraordinaire, Buddy claims he can catch any pest on the planet. "He never kills what he catch, instead he releases them into the wilderness". His claims are put to a test when The U.S. Department of Radiation, " D.O.R. ", calls him to clear a rat infestation at their bio - testing facility. D.O.R's bio - testing facility creates transgenic mice to conduct various experiments that are highly classified.

While working, three genetically modified mice attack Buddy. He is bitten multiple times and discovers the bites gave him weird superpowers. He now has the ability to communicate with animals, super strength, and exceptional sense of smell.

As time goes on Buddy realize he could put his newly obtained powers to use. He begins fighting crime to protect the innocent, while still maintaining his job as an exterminator. Wearing a homemade costume, he calls himself "Super Exterminator "

Buddy son Zack becomes suspicious that his dad is up to something and follows him out one night. It is then that Zack discovers his dad is a superhero struggling with using his powers. Zack confronts his dad and tells him that he wants in or he'll tell mom. Buddy does not want his wife to find out so he reluctantly accepts his son's ultimatum and the two embark on their father - son journey in crime fighting.